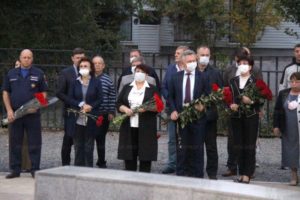 Today, September 16, in Volgodonsk, at the site of the explosion of a residential building on Oktyabrsky highway, a traditional funeral rally was held with the laying of flowers at the monument to the victims of the terrorist attack. 21 years ago, at 05: 57, a GAZ-53 truck filled with RDX blew up in this place.

From the terrible explosion, the facade of two block sections of the house was destroyed, part of the floors collapsed, and staircases were damaged. A total of 37 houses in blocks B-U, B-16 and B-17 were damaged, Windows, window frames and doorways were broken, and some houses were cracked. Under the rubble found 18 dead (including two children), one person died in hospital, 89 people were hospitalized. In total, more than 15 thousand people (including more than 1000 children) were recognized as victims.

Since then, every year at half past five in the morning, residents of the affected houses, doctors, police, firefighters and rescuers, who were the first to arrive at the scene of the tragedy 21 years ago, gather at this place. Before the start of the rally, the clergy of the Volgodonsk diocese served a funeral litany for the innocently killed people, after which those who came brought flowers to the monument. 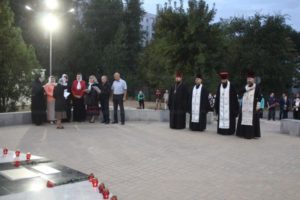 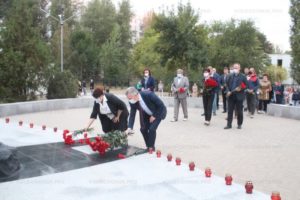 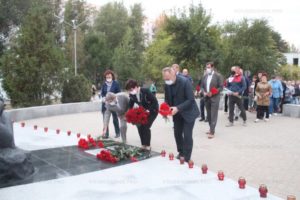 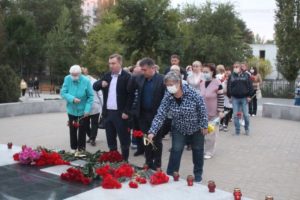