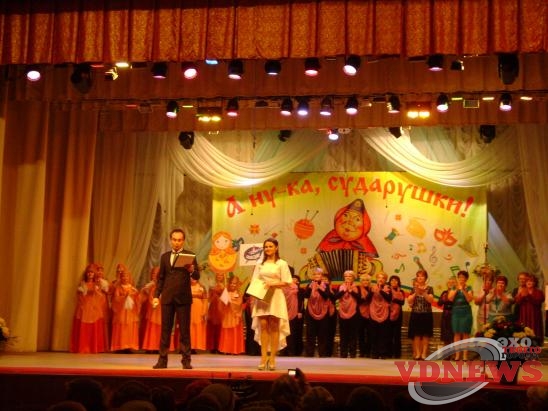 On December 5, 2015 passed competition in city Palace of culture “Oktyabr” “And well, Sudarushki!”, within the You Hurry to Do Good project realized by ROO “Volga-Don” with assistance of Fund of assistance to development of municipalities “Association of Territories of an Arrangement of Nuclear Power Plants” and Administration of Volgodonsk.

The competition purpose — promotion of full-fledged, healthy, active and interesting life of representatives of the senior generation.

Task competition — through creativity to present good mood to the audience

Representatives of the senior generation presented to spectators a song, dances, products from fruit and vegetables, and in the conclusion showed that at any age it is possible to be flexible and to stand on the head.

Fans very actively supported the teams and as a result with overweight in only one point the Constellation team of ROO “Volga-Don” won.

In summary all participants gained bouquets of flowers, diplomas and mementoes.

It is the first such experience of carrying out competition among representatives of the senior generation, and all participants and the audience hoped for continuation of this cheerful and vital holiday.