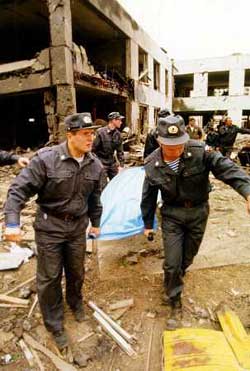 Certain media coverage of specific terrorist acts sometimes carries no less dangerous potential than the terrorists themselves. In this regard, the interests of ensuring public safety are in line with the productive interaction of the media with the authorities, including law enforcement agencies.

From a speech at the international scientific-practical conference “International terrorism: the origins and counteraction.” St. Petersburg, April 18, 2001

— The failed explosion in Ryazan makes the public think that the FSB is behind the explosions. For the “party of war” this is an extra indication that the big war in Chechnya should be started immediately. It is no coincidence that it was on September 24, as if the explosion in Ryazan took place, a harsh speech by Putin and all power ministers was scheduled.