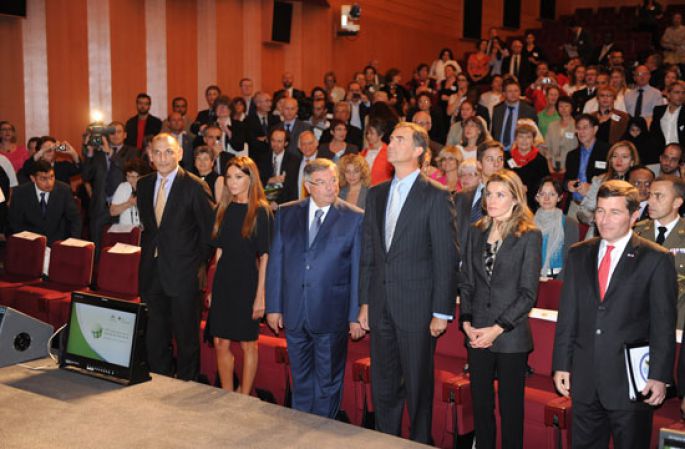 Some 450 delegates from 35 countries are in Paris for the 7th annual world congress of victims of terrorism. The host is President Nicolas Sarkozy. The opening address Friday was by his Justice Minister Michel Mercier:

«As we all very well know, terrorism is a world evil. Its targets are the state and the state’s policies. The victims, however, are always innocent civilians, who happen to be in the wrong place at the wrong time. We have a moral obligation to remember these victims and heed testimony from survivors of terror attacks. True, giving testimony in terror cases requires courage. At the same time, it is absolutely necessary as tribute to the fatalities and a means to keep up pressure on terrorists.»

The Russian delegates are Irina Halai, who was injured in the apartment bombing in Volgodonsk in 1999, and Aneta Gadiyeva, a leading campaigner for the mothers who lost their kids in the 2004 school siege in Beslan. They have brought a report about dealing with hostage crises.

The first such congress worked in Madrid in the autumn of 2004. It urged international unity against terrorism and proposed a United Nations convention against this scourge. It also proposed to deny immunity to terror backers in the officialdom. The delegates called on all nations to deem each terror attack a crime against humanity and turn over its perpetrators and masterminds to international justice.

The Paris congress will work until Saturday. It is expected to form an international memory federation for the victims of terrorism.